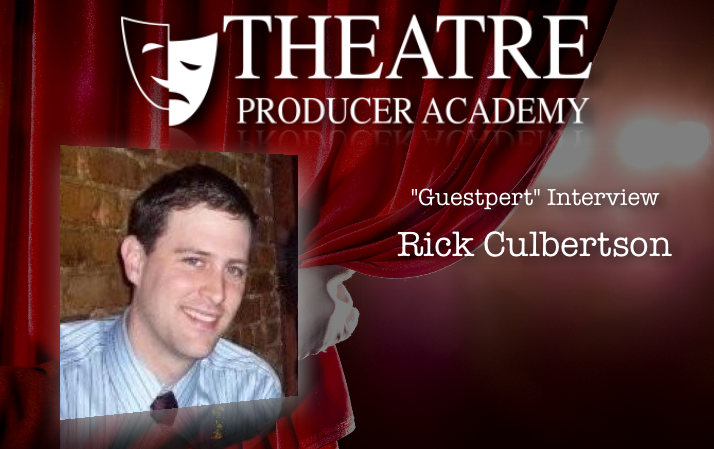 Rick Culbertson is the producer of the award-winning, smash hit Divorce! The Musical.  He is also currently in development with The Doctors Wife, a musical exploring the lives of a Jewish women in the suburbs of Los Angeles, Runway 69, a musical about a strip club during the mid 90’s clean-up of Times Square, and an untitled musical exploring human trafficking in southeast Asia. He is the General Manager of the Meet Me @Metro project, a theatrical journey that takes place on Los Angeles Light Rail, produced by Watts Village Theater Company. On the stage he has performed in New York City, Los Angeles, and multiple national tours, as well as television and film. In Los Angeles he was a member of the 2006 GLAAD award nominated cast of Porcelain, nominated for Outstanding LA Theater. On the front side of the stage he spent a year of his youth as a member of the Front of House team for the Broadway musical Ragtime, and served for two years as the Box Office Manager for Merkin Concert Hall in New York City where he won a grant offered by the International Ticketing Association. He also worked for a year as a staff and company member of the award-winning Chance Theater Repertory Company. Behind the stage he has stage-managed multiple productions in New York and Los Angeles. He is a graduate of the American Musical and Dramatic Academy in New York City.

Lessons in this module: