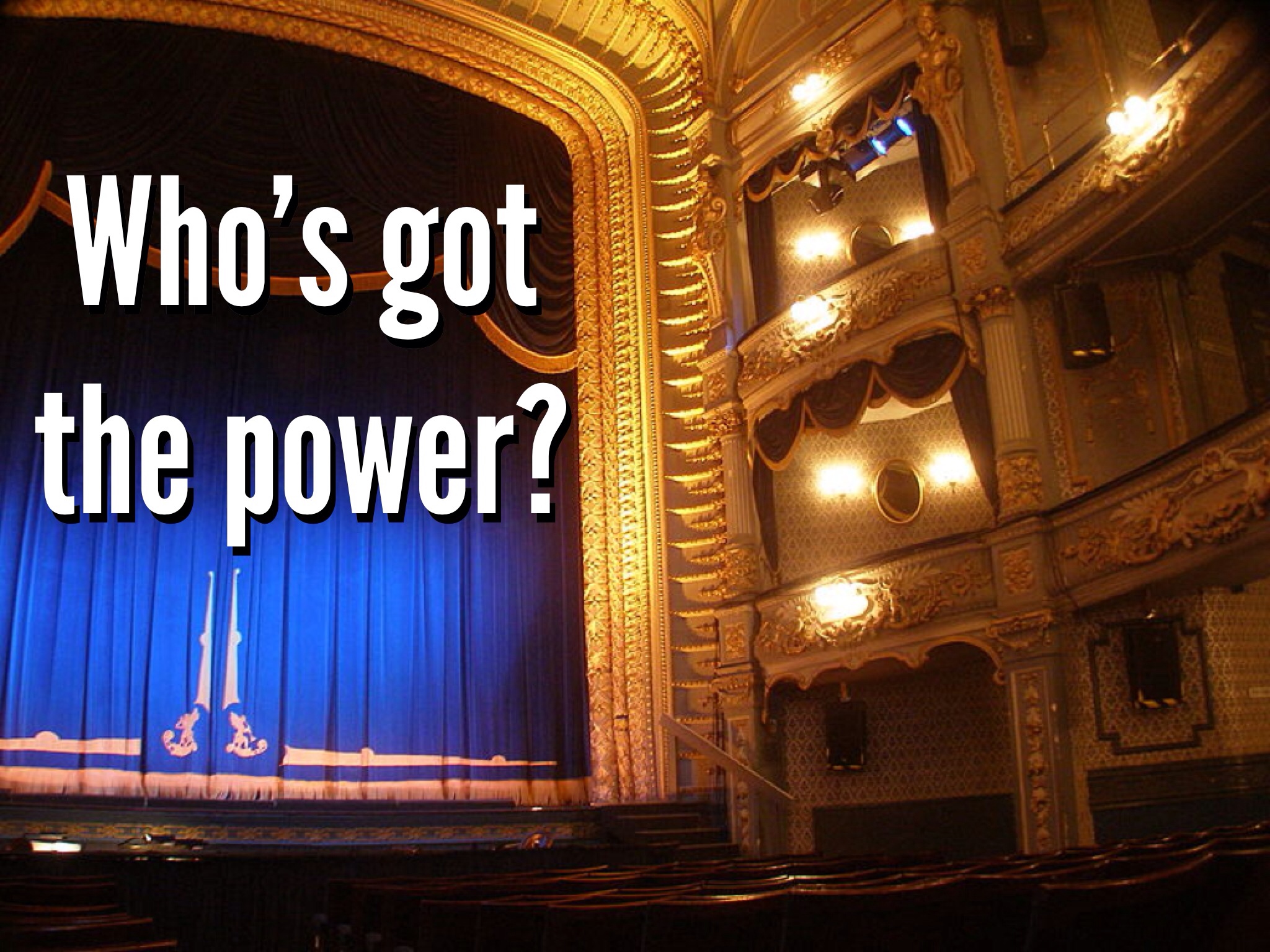 Authors in theatre enjoy privileges and approval rights not held by their screenwriting brethren. Sometimes, this can lead to trouble for producers and playwrights alike.

A recent article at The Guardian asks: “Should a playwright have the final say over a production?. The piece reports on an issue that arose recently when a disgruntled Australian playwright made a very strong statement against a production of his play.

On the opening night of Lachlan Philpott's new play, “Alienation”, the author removed his name from the production, and placed a note on each seat in the theatre declaring, “this production does not reflect my original scripted or communicated intentions as the playwright.”

The producers, the Perth Theatre Company later refuted this in their own statement, essentially calling Philpott's statements “inaccurate and unwarranted”.

But the incident has spurred some in the theatre to reexamine the power and authority of the playwright, and to question whether changes are needed. (if they're possible at all).

Authors' rights in Theatre are far more expansive than in film, television, etc.

Historically, the playwright (or the bookwriter, composer and lyricist of a Musical) has/have been given great deference when it comes to creative matters relating to their work. Under most production contracts, in fact, the author is given a right of approval that is very nearly absolute.

But there is a growing view among theatre theorists that views things differently, and argues for change. This view emphasizes the collaborative nature of the theatre arts, and views the text of a play as suggesting, rather than dictating the way the material may be performed.

The Guardian Article asks the question, “Why does it seem perfectly acceptable to change Shakespeeare, but not mess with Chekhov or cut lines from Philpott?”

The answer is twofold: Copyright and Contract.

Shakespeare's work is no longer protected by copyright, so it can be freely used, changed, adulterated, etc., but works of modern authors generally do enjoy copyright protection.

Under copyright law, the author of a play or musical is its owner, and has —among other things— the exclusive right to authorize (or not) the creation of derivative works. Any change to the text of a play, book, lyric or score of a musical is such a derivative use and would require the express (usually written) consent of the copryright owner.

The staging of a production of a play or musical is involves a different exclusive right held by the copyright owner; the right to perform the work publicly. If done lawfully, this is almost always pursuant to a detailed, written contract specifying the conditions under which the production may be presented.

Almost invariably, these contracts include language such as this:

The PRODUCER recognizes that the PLAY is the artistic creation of the AUTHORS, and agrees it will not make, or allow to be made, any additions, omissions, or alterations in the manuscript of the PLAY, including dialogue and stage directions, without the written consent of the AUTHORS Any violation of this section will be cause for the AUTHORS to declare this AGREEMENT null and void immediately.

So, changes to the text of the play are prohibited by copyright law and expressly forbidden by contract.

Most theatre professionals, including authors, understand that changes are sometimes necessary, and often beneficial, in order for the work to succeed. Moreover, a playwright who withholds approval for changes may see the production canceled, and will surely be identified as 'difficult to work with' by producers. The theatre business being a small community, authors are careful not to alienate those who pay them for the privelege of producing their work. As long as the parties show one another mutual respect, situations such as arose in Perth are rare.

Authors of theatrical plays and musicals enjoy significantly more prestige than their screenwriting counterparts. As owners of their work, theatre authors hold broad rights of approval, but must exercise such rights cautiously to ensure their work continues to be produced.